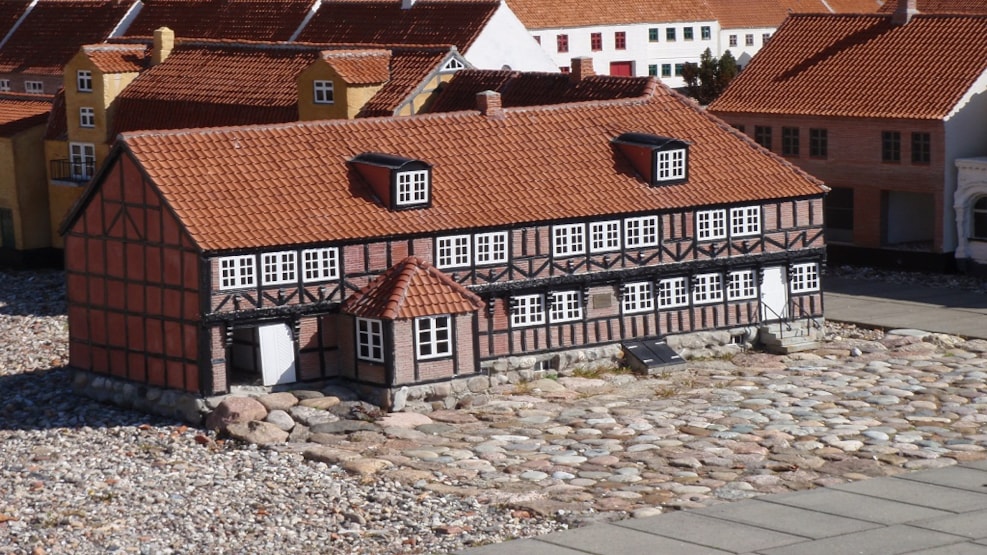 The first mini-village project was the small cooking house on the waterfront, built according to original drawings into an exact replica.

The mini-village concept arose more than thirty years ago.
Varde was the first town in Denmark to initiate this type of project. Today, a number of mini-villages have been started in and around Denmark.
Some say that if you don’t know your own history there is no future, which is what makes mini-village projects valuable as presenters of history.
More than sixty houses have been built since the founding in 1990.

The work is performed in a mini-bricklaying workshop.
Here more than a dozen senior citizens have built the small houses which are correct down to the last detail.


Building technique
Everything is handmade: bricks, roof tiles, and ridge capping are made in red clay.
After a suitable drying time, the tiles and bricks are fired at approximately 1000°C in the workshop’s own kiln. Doors and windows are made of 2 mm plastic plates that are stopped on machine.

The internal frame is made with a material called Polycolar.
Once the brickwork is completed and the houses are thoroughly dry, they have to be plastered and some are painted.
After this, the doors and windows, and any gates, are attached. Stone steps and iron railings are also added as the finishing touches to these exact replicas.